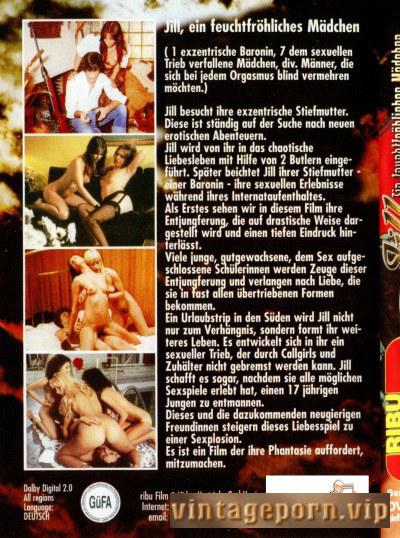 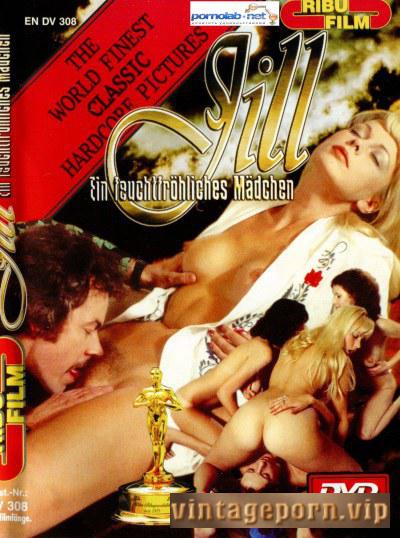 Year: 1977
Country: Germany
Language: German
Genre: All Sex, Classic
Duration: 01:14:16
Description: Jill (XNK0662) arrives home on vacation from boarding school. She has sex with her stepmother (Lili, XNK0663) and young male servant. She is referred to in the dialogue as Baroness, but drives a Mini and her home is a detached house in a street of detached houses, quite posh, but no mansion.
A blond male, Patty, runs her bath for her. Patty is gay, but she insists he strip off and she manages to seduce him, giving him a blow job and has sex (simulated) with him in the bathroom.
Lili asks Jill how she lost her virginity and she begins to tell the story. There follows a flashback to a swimming lesson at her boarding school. She joins three other girls in the pool (one of them is Gina Janssen, another is XNK0552, and a third is XNK0664). They play in the pool after class – brief lesbian action. Hasso and his friend Bernd, notice them. Bernd tells Hasso that he wants to have Jill. They retreat to Hasso’s room. Angie (Gina) is Hasso’s "fucktoy". They begin having sex while Bernd is present. Then Hasso tells Angie to bring Jill for Bernd. Jill and Bernd watch the other two having sex, then Bernd deflowers Jill. Then we see XNK0552 watching them and then joining in.
Then Jill leaves home and goes on holiday. MOna calls her from a nightclub and wants her to come there. She obliges and we see Jill drive a jeep up to the nightclub in Ibiza or somewhere similar. Inside a band is playing, two girls (brunette, XNK0665, and blonde, XNK0666) are dancing, a brunette (XNK0669) is sitting showing a lot of thigh to the men and a black girl (XNK0667) is serving behind the bar where a bald thug is sipping a cocktail. A rich, gangster type comes in (the owner?) and insists the girls (Jill and the two dancers) join him in another room. The dancers join the man on a couch and Jill watches from across the room. Then the brunette joins Jill while the blonde has sex with the man. Then all three girls pile on the man at once, Jill having sex and the blonde sitting on his face. Siegrid warns Jill and tells her to leave immediately. (It is probably implied that it’s the trap of a white slave ring or something like that). Vaginal penetrations in this scene Lou with Siegrid and Jill) are apparently hardcore inserts. While the others are engrossed, Jill slips out, sneaking past the bald thug having sex (simulated) with the barmaid.
The gangsters discover Jill has gone and give chase and she runs into a villa. The owner , a very ugly man who looks like Charles Bronson with a hare lip, takes her in and she has sex with him in gratitude. The dialogue implies that it is Charles Bronson himself.
Then Jill goes to a clothes shop and tries to seduce the owner. The shop owner gets a phone call and has to leave. He leaves Jill to Rolli and tells him to be "careful" with the lady.. The young man is too shy to have sex in the shop; so she takes him to the studio-cum-apartment of a female photographer friend. There they end up having a threesome until they are interrupted by another female who has come for a modelling session. This is XNK0669, the girl who was sitting in the nightclub showing a lot of thigh. Jill and the young man hide in another room while the modelling session turns into a lesbian session. Then they sneak in and join in.
The film then ends abruptly.
Thanks to B.S. for his many corrections of the account above.
Video quality: DVDRip
Video Format: MKV
Video: MPEG4 Video H264 684×564 25fps 2299kbps
Audio: AAC 48000Hz stereo 192Kbps
File Size: 1.20 GB 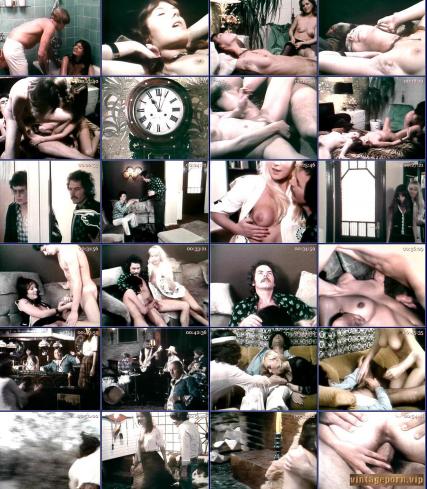 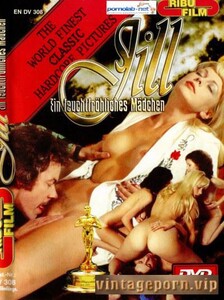 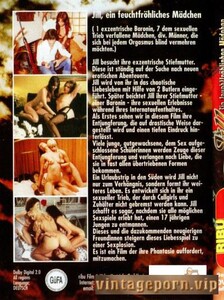 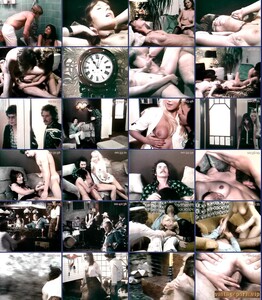