Year: 1978
Country: Germany
Language: German
Genre: Classic
Duration: 01:18:18
Description: Felix Rammler (Sepp Gneissl with some unconvincing gray spray paint in his hair) thinks he’s off to Istanbul for three weeks, leaving his wife Susi bitterly alone. When his boss informs him the trip has been postponed for five days, Felix is unsure how to spend his time in Munich. Luckily Taxi driver Tony Bock walks into frame, who knows all the dirtiest dives and holes in town, and has him settle in a hotel/brothel called Pension Paradies, where the chambermaids are included in the price. Bock und Rammler then set off on a so called ‘Spritz tour’. First stop is the apartment of Roberta, who is just about to play a game with her girlfriends Jane and Maya along with Alphonse (a former fare of Tony’s). This guessing game centers around the men having to guess which naughty part belongs to which lady (their regular parts being covered by a special screen). When the men fail to collect any points, there follows a silly wanking routine to decide which one has first dibs on the women. Meanwhile Fellix’s spouse Susi is bored, lonely and unable to fall asleep, so she calls her old friend Rosemary who now runs a private club and does not mind taking calls while servicing two men simultaneously. Susi gets so excited she decides to visit Rosemary the next day.
Late at night Herr Rammler returns to his hotel to find a his personal maid waiting for him and insisting on pleasuring him even though he is already completely exhausted. The next day Susi arrives at Rosemaries Schleckerland, she is surprised to find everybody sound asleep at 11 o’clock. Rosemarie wants Susi to join her in bed. Up till now, the movie has seemed to be played strictly for laughs and even the sex scenes were more laughable than arousing but when it gets to the point where the girls at Rammler’s hotel are serving themselves as part of his lunch and producing sugar cubes from orifices where the sun don’t shine it starts to get really disgusting. Three customers arrive at Schleckerland and all available women girls (Susi included) get down to work. One of the guys even takes a Gummi-Shwanz up the can from Rosemarie. When that’s all over, Tony and Felix, fresh from a peep-show arrive at Rosemarie’s club (along with an unidentified third customer), but Felix fails to recognize his wife (disguised by a wig) until it’s too late. The Rammler’s finally come to a compromise after both have had every other person of the opposite sex in the entire establishment. As usual with these Hans Billian Klasikers, there are few attractive people and the combination of silly humor and disgusting bodily functions just does not gel. If you’re into this kind of thing however, this Schleckerland is just the place to come to.
Video quality: DVDRip
Video Format: AVI
Video: DivX 5 640×496 25.0 fps 1122 Kbps
Audio: MP3 44100Hz stereo 128kbps
File Size: 700 MB 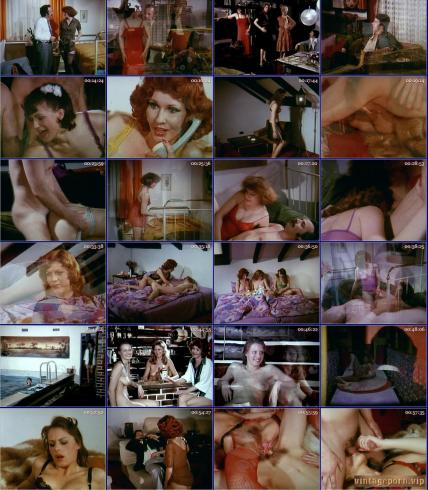 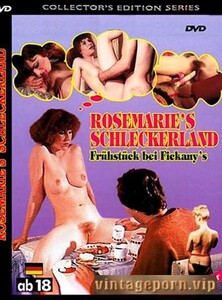 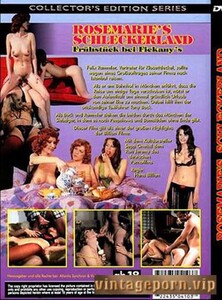 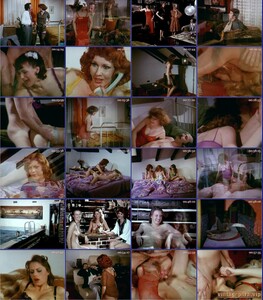